The historical similarities between Chinese and Greek medicines

The biological syndromes of rheumatoid arthritis match that of TCM syndromes 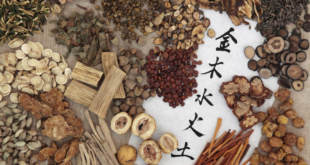 Using the philological method, the comparison was conducted between the internal canals of human body, meaning the four pairs of “phleps” in the ancient Greek medicine, and the eleven “mai” (meridians, vessels, channels) of Mawangdui silk manuscripts. It is believed that they refer to the initial understanding on the connecting passages of the human body in Western medicine and Chinese medicine respectively.

Although they have their own unique characteristics, there are many similarities in running courses, related indications, diagnosis and treatment, as well as theoretic foundation. Both of them represent the duality of tangible blood vessels and intangible pathways, reflecting the common cognitive mode of human body and diseases in early human medicine, with the similar characteristics, e.g.analogy, examining the exterior to deduce the conditions in the interior, holistic connection and natural balance.

The four pairs of “phleps” of ancient Greek medicine, with the preliminary features of meridians, were substituted by the blood circulation theory afterwards; whereas, the eleven “mai” of Mawangdui silk manuscripts were developed into a twelve-meridian system.

These different evolution paths and outcomes may be associated with the distinct medical philosophies and cultural backgrounds between ancient Greek medicine and Chinese medicine. This summary provides a new approach and new perspectives for the study on the regularity of the early human medical origin, especially the origin of meridians.